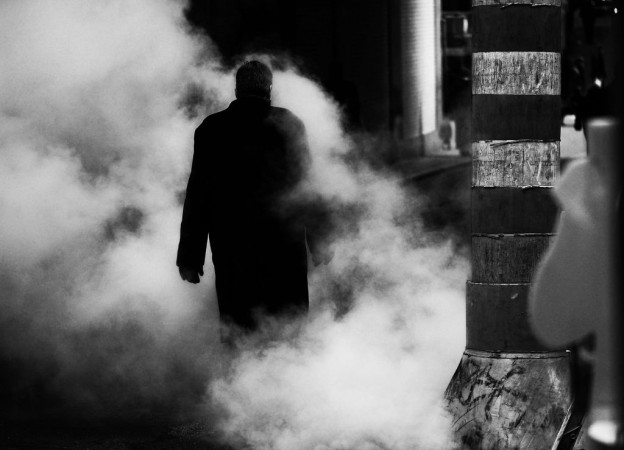 And now, the thrilling conclusion to True Pallet Detective! (Note: Part One here)

Five stocky, burly men stacked the pallets in the back of a truck. Slowly, the empty space in the warehouse became larger and larger while the inside of the truck became smaller and smaller.

I kept watch at the lip of the loading dock, making sure there were no unexpected visitors. The only visitor I expected was Randy Livingston, who I told to meet me at the warehouse under the pretense that I had some evidence that would incriminate Bass and Jimenez.

Then, as unexpected as a heart attack, I heard my name come in from the other ear.

“Saunders?” Livingston asked, confused.  “What are you doing?  I thought you said you had new information on Bass and Jimenez.”

I turned on the recording device.

”I do,” I said, “They’re innocent. You, on the other hand, are not. You’re the leak, and unless you want Mr. Pigott to know the truth, I would suggest you comply.”

“You can’t do this. This will bring too much heat from the top,” said Livingston. “I’ll get caught.”

He pushed me aside and darted toward The Needle.

“You can’t throw me under the bus like this! I thought we had a deal.  I provide you with information and you target our customers, even competitors!”

That was all the confession I needed.

I tapped Livingston’s shoulder and right-hooked him unconscious before he gave me up as some last minute Hail Mary of preservation.

“Thank you for that, Saunders. For a second there, I thought I was gonna have to shoot the poor lad.”

The Needle liked me, but not enough to take me back with him to the plastic grinding operation’s headquarters where the truck had just transported the stolen pallets.  It didn’t matter.

I had a RFID-tracked pallet among the stolen pallets.

I sat in my car across the street from the headquarters and watched the authorities swarm the building.  All the pallets stolen from Pallets Super Store, multiple warehouses and businesses were recovered.

The next morning, Mr. Pigott and several police officers found Livingston zip tied to a forklift.  Livingston tried to weasel his way out of it, but my recording provided anonymously by me shut him up pretty quickly. He was fired and arrested shortly thereafter.

Rory Bass and Juan Jimenez took over managerial duties, both getting pay grade increases along with new responsibilities, which they handled exceptionally well.

I was actually never paid since Livingston had no authority to hire a private eye in the first place, but Mr. Pigott was generous enough to offer me stock in his company.

This actually turned out to be a good thing since sales spiked due to businesses replacing their old wooden pallets and plastic pallets with plastic pallets that have RFID tracking.

For everything else, there’s Joe Saunders, Pallet Theft Detective.