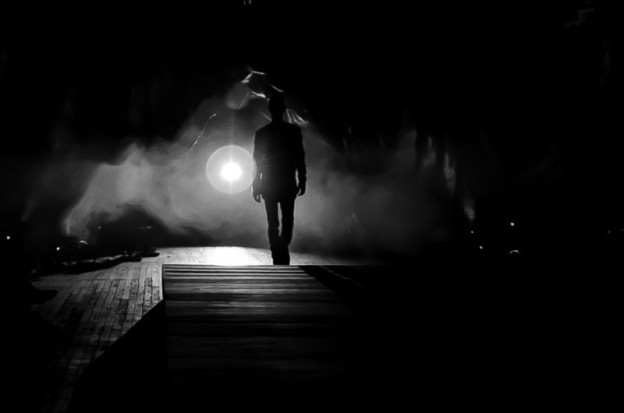 While the statistics and facts below are real, the narrative that follows is a work of moderately well-written fiction:

Shipping warehouses, loading docks, unattended trucks lay victim to an epidemic, an epidemic that plagued American businesses between $750 million to $1 billion each year.

Plastic pallets and containers were victims to large syndicates of grinding operations that grind down stolen goods into plastic pellets and sell to plastic manufacturers overseas cheaply.

It was a dark time for businesses and business owners who had to deal with increasing shipping costs.

Pallet-related theft became so rampant in Los Angeles that the Los Angeles County Sheriff’s Department put together a Plastic Industrial Theft Taskforce in 2011. However, it would be shut down in 2013 due to lack of funds (this is true)

Unfortunately, even with their success, which lead to the recovery of up to 7.4 million in plastic pallets and containers, 74 arrests, and 30 illegal grinding operations being shutdown, these taskforces never became more prominent. Most American businesses were left to fend for themselves.

That’s where I come in.  My name is Joe Saunders. I’m a private eye, and I brought down the largest plastic grinding syndicate to date and this is how I did it.

The night was dark. The moon and stars played hooky as the smog covered for them.

The sound was palpable. Crickets, pitter-patter of leaky faucets and running drains, a constant hum of urban ventilation all orchestrated the eerie score of a desolate alleyway.

The crew called me Saunders. I sauntered through the muck and garbage of the empty loading dock, holding a crowbar with intent. This was going to be the biggest heist yet. And unfortunately, it was the place that hired me – Pallet Super Store.

But I knew this was bigger than one’s company’s inventory; it was about the industry as a whole.

If I wanted to keep my cover intact, I would need to break in with no hesitation.

Randy Livingston was the foreman for Pallet Super Store. I sat in his office as he described the sting.

He believed there was an inside man working with a large plastic grinding syndicate, providing details about how many plastic pallets were sold to customers, which were then targeted by said thieves.

“My boss, Mr. Pigott, is concerned that we have a leak.  I have strong suspicion that it can be one of these two employees, Rory Bass or Juan Jimenez. I want you to pose as a new employee, figure out who the informant is,” instructed Livingston.

I stood there next to my new coworkers, Rory Bass and Juan Jimenez. I needed to find a way to earn their trust

“What we have here is failure to communicate” said Livingston as he crossed the warehouse floor like a drill sergeant breaking in fresh maggots.

Livingston’s authority intimated the best of them, so I knew I had to usurp it in hopes of getting my in with these two delinquents. I leaned into Bass, “Definitely feels like prison labor to me.”

Bass snapped back confused, “What?”

“Sir, no, sir!” I barked back with some added snark, “Pallets are no laughing matter, sir!”

Livingston’s glare lingered before moving on, “Good. As I was saying, there have been multiple thefts among our clients’ warehouses where our pallets and containers have been stolen,” informed Livingston. “We are beefing up security throughout our supply chain to avoid any leaks in our shipments. Our first client was hit pretty hard so they ordered a few hundred rackable and nestable pallets and need it ASAP to avoid shipping delays. Saunders, you’re on guard duty.”

I protested audibly with a groan. Livingston smiled wryly, “See, I have a sense of humor, too.”

I tried to extract information from Bass and Jimenez, but they seemed to be honest workers with no information to give or take. If I was going to find out the true leak, I would need to capture him or her in the act.  So, I put up a Craigslist ad.

It wasn’t long before I had an in with a plastic grinding ring.

At first, it was pretty low-level work, snatching unattended plastic pallets and containers from behind stores or warehouses. It was surprisingly easy. No wonder more than 1 million pallets are sold on the black market each year. There was no oversight.

We targeted third-party logistics service provider’s (3PL) warehouses where a lot of pallets were diverted to due to lack of storage space.  If they weren’t being sent back right away, these plastic pallets were fresh pickings.

This was just the tip of the iceberg.

I moved up the ladder pretty quickly, and met the man in charge, Benjamin “The Needle” Turke.  He was a tall, lanky man and wore dungarees and a windbreaker. He was called “The Needle,” not because the nickname resembled his physical appearance (he was actually overweight most of his life), but because he placed an irrational fear in the heart of all men.

This man controlled multiple grinding rings across the United States, but I had yet to see the headquarters, where all the stolen pallets go.

“I’ve heard good things about you, kid,” said The Needle. “What’s this you say that you have an in with huge plastic pallet retailer?”

“Pallets Super Store,” I responded.  I could tell this piqued his interest.

“You know Livingston, then?” asked The Needle.

It was then that it all made sense. Livingston was the leak. He leaked the orders to The Needle and in turn created more business for Pallets Super Store.  He was trying to pin it on Bass or Jimenez to get Pigott from investigating deeper and compromising his own position.

“I don’t think Livingston would be okay with it,” said The Needle.

“He doesn’t have to know, I work there, too.  I can disable the alarms and we can break in without him ever knowing,” I told him confidently.  The Needle agreed.

Tune in next week, same time, same blog, for the exciting conclusion of True Pallet Detective!