A World Without Pallets 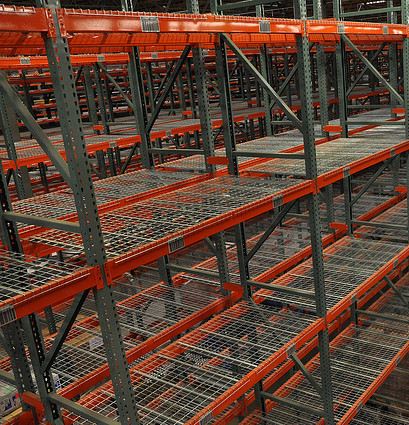 While watching HBO’s The Leftovers this past Sunday, I started thinking of what would affect me significantly if it one day just poofed and disappeared.

Grant it, it wouldn’t be enough to fill an HBO drama (True Pallet Detective, anyone?), but the effects would be sprawling nonetheless.

The Current State of Pallet Use

In an annually published report, the Freedonia Group stated that the pallet market was projected to increase 3.5% each year until 2017.  This number might not seem like a huge amount, but when you are discussing the billions of pallets that are already circulating, 1.3 billion units of new and refurbished pallets show that there is definitely a demand.

In the U.S. alone, more than 500 million pallets are manufactured each year and 80% of all U.S. commerce is carried on pallets.  That’s a lot apples in one basket!

This includes, but not limited to, cars, food and beverages, metals, consumer and retail goods, etc.  And regardless of mode of transportation, pallets are used.

In addition to the U.S., developing countries with increased manufacturing activity will begin using pallets more.  In the report, China will comprise of one-fifth of all new unit demand in 2017.

Now, imagine if they all disappeared.

Forklifts would be pointless.

Forklifts or lift trucks became popular at the same time pallets did, which was during World War II.  Currently, the lift truck market is projected to increase at a CAGR (compound annual growth rate) of 6.98% per year until 2018.

If pallets disappeared, not only would sales of forklifts completely halt, but the hundreds of thousands of forklifts already in use would just become warehouse relics.

On the bright side, if pallets disappeared, forklift hazards would drop significantly.

Currently, there are over 90,000 injuries due to forklifts each year with fatalities inching toward 100 each year.

The Occupational Safety and Health Administration (OSHA) show that 34,900 are usually serious injuries while 61,800 are non-serious.

In the United States alone, OSHA indicates that 11% of all forklifts will be involved in an accident, one way or another, each year.

That being said, without forklifts, people will have to do all the heavy lifting instead, which will most likely lead to more injuries, surgeries and lawsuits.

Pallets seem to bring out the creative side in people.  Whether building hipster furniture or just the next big replica of the Tower of Babel or the Game of Throne’s Iron Throne, people are just kleptomaniacs when it comes to pallets in order to fulfill their artistic vision.

Did you see our recent post about the best pallet hack ever? My point exactly.

But if pallets disappeared, half of the creative ideas on Pinterest would disappear as well, leaving people with blank pin boards.

The countless YouTube videos of massive pallet bonfires would vanish.

On the bright side, furniture made of mold-infested, chemically treated wooden pallets would no longer be in your homes.

The debris and smoke from pallet bon fires would no longer be contaminating your beaches and lungs, respectively.

Canvas sales would go up!

Ben Franklin said it best, “time is money” and what are pallets if not time-savers. If pallets disappeared, supply chains would be broken. Pallets have a critical role that connects many aspects of countless industries. It would affect retailers, distributors, manufacturers, transporters.  The bottom line: companies would not be able to get their products to consumers, at least not efficiently.

Efficiency would be the biggest victim as the disappearance of pallets would affect loading and unloading time, safety, and costs.

While this doesn’t sound like a huge impact, a Slate article called “The Single Most Important Object in the Global Economy” cited:  “According to an article in a 1931 railway trade magazine, three days were required to unload a boxcar containing 13,000 cases of unpalletized canned goods. When the same amount of goods was loaded into the boxcar on pallets or skids, the identical task took only four hours.”

And that was 1931. The global economy has grown exponentially since then, so it’s pretty safe to assume that the more time it takes to do something, the more money it will cost, decreasing any company’s return on investment (ROI).

Increased costs always trickle down to the consumer. Every one knows that no one likes higher prices.  As a result, consumers will stop buying because they can no longer afford it or because they don’t see the value in it.

If it’s an essential product, then one can potentially shift funds to afford it, but what happens when demand outstrips supply and companies can’t keep up due to inefficiency?  Companies go out of business.  Jobs are cut.  People are laid off.  People don’t have money to buy goods.  Money stops going into the economy.

It’s a vicious cycle that perpetuates itself.  A broken supply chain.

On second thought, this sounds like an AMC show to me.